If you exhibit any of these Frozen Shoulder risk factors, then you need to increase your awareness of the condition and more importantly, take early steps to help prevent the condition from developing.

Approximately 20% of diabetics will develop one or more Frozen Shoulders during their lifetime. This compares to only 2% of the non-diabetic general population, based on information from the American Academy of Orthopedic Surgeons.

While researchers are still trying to determine exactly why diabetics are prone to Frozen Shoulder, there are some theories that seem plausible.

One theory involves the metabolism of glucose and its effect on collagen.

First of all, collagen is one of the main building blocks of soft tissue such as ligaments and tendons. The ligaments stabilize the joint by holding the bones in place while tendons connect the muscles to the bone, allowing for proper muscle function and also greater stability of the joint.

As we know, diabetics are unable to properly metabolize glucose, which is a simple sugar that provides fuel for all cells in the body. Glucose is critical for numerous metabolic functions.

In diabetics, it has been shown that glucose will attach itself to collagen tissue, in particular within the shoulder. While not fully understood why the shoulder is targeted, it does happen and the abnormal build-up of glucose on the collagen causes the shoulder to stiffen.

In a healthy body, collagen fibers normally move in concert with one another during movement of the muscle. In the case of diabetics, glucose binds the collagen fibers together (almost like a glue substance) and this limits the extensibility of the fiber.

This phenomenon is known as Glycosylation.

The immobilization of the collagen fibers causes the shoulder to freeze and limit functional ability of the shoulder overall.

Frozen Shoulder predominantly affects middle aged woman between the ages of 40 and 60.

Trauma to Shoulder or Arm

Following these scenarios, the shoulder joint will typically be immobilized for a number of weeks. The initial focus is always on the broken bone or the specific tissue that was operated on. The secondary supporting tissues (which also suffer damage) are ignored in the early stages - with the focus more on the immediate trauma.

During this time, the body will make an attempt to begin fusing and healing the secondary supporting tissues that were damaged. A relatively weak form of collagen is initially formed to help fuse the torn/cut tissue and to lay in place the foundation to heal.

Problems arise when the injured tissue (through immobilization) fails to receive the enhanced blood flow it needs to continue building into stronger, more healthy tissue. As a result, this weaker collagen constantly strains and re-tears - resulting in scar tissue that builds over time.

Eventually, the scar tissue bonds to healthy tissue within the joint capsule – and this bond further restricts movement of the shoulder.

Hyperthyroid patients and those dealing with autoimmune disorders produce excess amounts of cytokines (chemical messengers) along with excess fibrous tissue – two factors that could lead to the development of Frozen Shoulder.

Cytokines play a pivotal role in the generation and management of immune and inflammatory responses. When produced in excess amounts, the body (and specifically, the immune system) are thrown into chaos.

What results is an abnormal immune response of the body against cells and tissues found throughout the body, including the shoulder. In essence, the immune system can not differentiate between normal and abnormal substances and sets itself on a course of self-destruction. Over time, the shoulder joint capsule tissues will slowly weaken and the tissues will break down, leading to stiffness and general weakness.

What is interesting is that one portion of the immune system is attacking the body while other segments of the immune system will attempt to heal the damage that is being done. The end result is an excess build-up of scar tissue that once again – bonds to healthy tissue and causes loss in range of motion – the Frozen Shoulder so to speak.

In addition, hyperthyroid suffers produce an excess amount of hormones critical in the metabolic function of the body. When excess amounts are produced, the body is unable to properly metabolize it and an autoimmune response ensues (inflammation and breakdown of healthy tissue).

On the other end of the spectrum, there is a segment of Frozen Shoulder sufferers who are hypothyroid – meaning their bodies do not produce enough of the same thyroid hormone.

This causes many of the body's functions to slow down, including the ability of the body to remodel damaged muscle and connective tissue. The body lacks the fuel it needs to heal – resulting in a long recovery process, especially in the case of Frozen Shoulder.

These potential risk factors should be looked at immediately, no matter what stage of Frozen Shoulder you are in.

To learn about a very unique and proven treatment for Frozen Shoulder that you can do from the comfort of your own home (in conjunction with therapy), please visit: 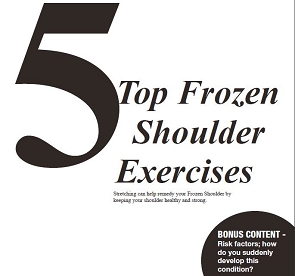 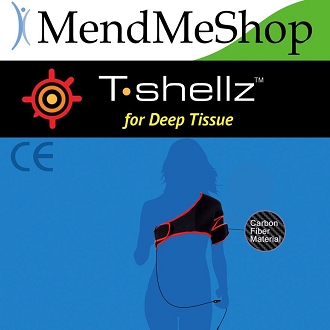 (LARGE) Shoulder T-Shellz Wrap - Use on Either The Left or Right Shoulder! 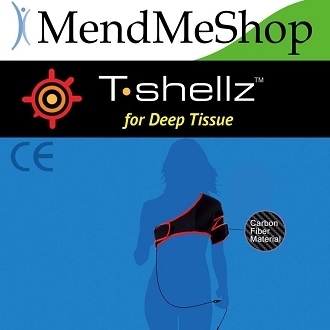 (SMALL) Shoulder T-Shellz Wrap - Use on Either The Left or Right Shoulder!